Many people have great dreams, and they stay as dreams in their minds.  These dreams may also die with their dreamers.  So what is the true benefit of a great dream in the end?  Dreams need to be “actuated”.  Otherwise, dreams will be like free balloons parked in mid-air – just beautiful to look at.

Dreams may become reality when they become “targets” in the minds of the dreamers.  A target is the visual of a finish line, of something to work towards, an end to meet, or an objective to achieve.

Martin Luther King did not lose his life over just a dream parked in mid-air, he lost it because he had civil rights thought and a plan; a target he dedicated his life to achieve.  He did not just have a passive dream. 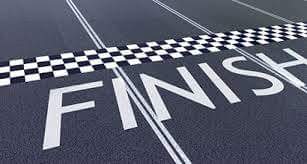 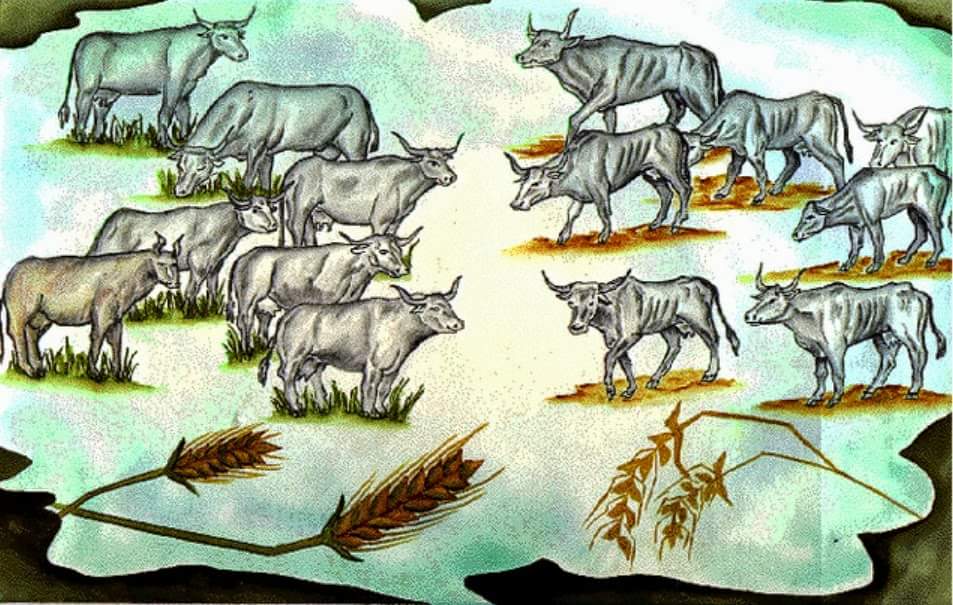 If you study math, and then decide to change to a biology major, you will have good recovery (credits applied, residual useful knowlege, etc.) There’s short-term and long-term recovery. Some math knowlege may come in handy in your future projects. This is the concept of “hysteresis” – how much recovery (net output) given the history of the input in effect.

Now to terminally ill people. They’re not only ill, they also have a relatively short time to live.  Their sickness is irreversible.  News of such illness creates a shock wave.  This creates instant “disorder” in thinking (turbulence). The shock wave will dissipate after a short while,  and acceptance takes place.  The patient now understands she moved from the sublime to the ridiculous in no time (discontinuity point).

What to do in the few weeks left on earth?
What legacy (read net recovery) to leave for children and the world?

If the person is an experienced professional,  transfer of knowledge and experience (book project) maybe a good rewarding activity, crowning the end of the patient’s life with an immortal gift that will benefit many others in the future.

Other end of life activities should be focused on immortality actions, things that have a purpose and leave net legacy for relatives and the world,  things of rememberance  (knowledge, wisdom, keepsakes,  etc.) Issues of estate transfer and allocation are appropriate activities during the acceptance period.

This verse in the Quran summarizes life drivers and in the correct order: (1) tree of immortality  (your children, your legacy, anything that ensures continuity), and (2) possessions (personal property,  wealth,  fame).

Death will render these drivers useless.

Incense (العود / Oud) has been used to get rid of demons, jinn, and other evil spirits for thousands of years. Yet none can explain exactly why burning incense works. It is unfair to dismiss the claim that it works (absent immediate results and due to the invisibility of the target entities) given that this tradition was central to the life of Ancient Egyptians, Chinese Dynasties, Native Indians, Muslim Sufis, and many others.

Here’s a possible explanation that I put forward.  The best incense burns in blue color (e.g. blue Oud). Now remember that angels exist up there in the invisible ultra-violet portion of the frequency spectrum (blue sky/cloud association), while demons, jinn, the Devil, and evil spirits belong to the infra-red, the other end of the spectrum (underground). Burning blue incense is like exposing infra-red creatures to ultra-violet (blue) waves, and such exposure can drive these spirits from the exposure area. It is disruptive.  It is known that light of different wavelengths does not add or subtract frequency. The effect is not from interaction, but rather from exposure or existence of an unfavorable light (blue.)

It is possible instead of burning incense, based on this hypothesis, to use a blue light at home to drive evil spirits away. This also assumes that the aroma of burnt incense is irrelevant to the invisible entity and that it is more of a sensory need for humans to experience the magic of the event.  This is especially true that there’s no consensus on the smell of incense (sandalwood, myrrh, etc.) for effectiveness of evil spirit removal, suggesting a subjective human element.

This scientific explanation, while simple, it is coming to you over 5000 years too late 😉 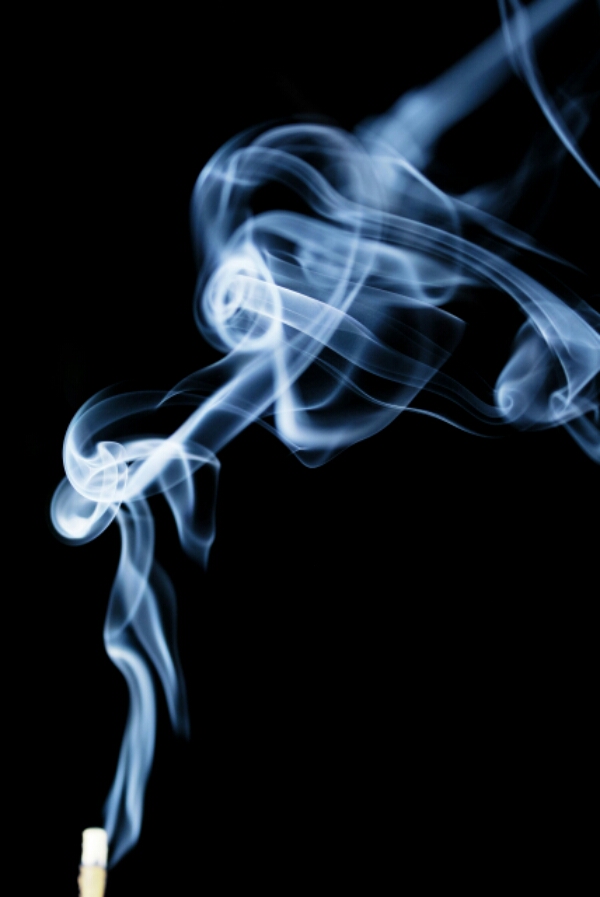 ON IMPARTIALITY.
Difference is what creates a rate of change. No difference means no dynamics, and no life. This is why our eyes as they process images, they recognize change, identify patterns, and categorize the processed images. No difference means no pattern recognition. The same applies to hearing and the other senses. During pattern recognition, humans develop stereotypes based on categories such as race, color, ethnicity, nationalism, amongst other attributes that define “difference”. It is this difference that helps the person develop an identity, relative to others.  This difference “drives” behavior, and may cause prejudice.  This difference also produces competition.

The job of religion is to minimize this difference, it is to teach “impartiality” where recognized patterns of difference are downplayed by defining higher points of commonality (shared values.) This reduces the perceived rate of change, and results in peace – in theory.

In practice, religion, as a new pattern, in and by itself causes a new difference, this leads to additional labeling (Label Theory.) Muslim vs Christian, good vs evil labels, etc. In processing religious images and messages, humans always look for patterns of difference, to define “distinct” or different identity. Humans are not designed to look for points of commonality, otherwise less difference (less competition) is the result. Commonality is less exciting.

While all religions espouse impartiality and equality, in practice they produce partiality, bias, and injustice. More wars were fought in the name of religion than in any other attribute of difference.

Impartiality, coupled with force / power, leads to war and injustice, as powerful Impartiality imposes its position on others  (through media, war, etc.) The USA is case in point today.

The lesson here, impartiality is there by design, and balance of power between competing players is the only way to keep the peace. Defining global human values can help keep the difference in check. Otherwise,  strongly actuated difference have to be dealt with either by direct confrontation  (war/conflict), or implicit competition (cold war.) There will always be winners and losers. Welcome to difference, welcome to life on earth!

The difference, in short, is in the infrastructure.  You cannot build a Dodge Ram size vehicle on a Mini Cooper vehicle chassis. But if you do, you will overload and maybe break that Mini chassis. The same concept applies in the case of your body, since the infrastructure  (your chassis / skeleton / backbone) is “fixed”, any additional growth (beyond normal BMI) is seen as negative since such growth will strain your body and its organs (engine/heart overload, also auxiliary/organs overload). The only way adding pounds to your body will be seen as positive is when you can scale up your skeleton; add 1 foot of skeletal structure along your height, hypothetically, and add a few pounds, no problem whatsoever.

In the process of growing a business, operators forget to scale up their business quickly.  Your business grows by 50%, then you don’t keep the same business skeleton, you will need to hire more people, invest in new facilities,  or else you will strain your resources, and your best workers will leave you (or fail on you,  similar to body kidney failure with overload.)

When you get a bigger family, you will need to scale up; bigger home, hire maid service, etc. Absent that,  the system will not be sustainable, unhappiness ensues.

The lesson learnt; good growth is accompanied with commensurate infrastructural growth. This may seem like common sense, but it is most frequently ignored because of the immediate added cost to scale up the infrastructure.  The long-term cost of not adding it quickly is much higher.

There’s a lot of talk about the connection between verses in the Quran implicitly citing the frontal brain cortex as responsible for lying / wrong-doing, and recent academic research independently supporting this citation.

The direct verse: “No! If he does not stop, We will take him by the naseyah, a lying sinful naseyah” (Quran 96:15-16), where naseyah is generally explained as the front of head of human or animal.

The academic research is documented well – and is easily searchable – on the fact that the pre-frontal area is responsible for decision-making; e.g. lying vs telling the truth.

I am adding to this today a system element,  which is that of the “controller” in a feedback loop system as shown in the attached diagram.

More than it being a processing unit, I think the naseyah is the controller only, it has the algorithm and filters that minimize the errors, relative to the individual’s ideals (level of faith.) The job of the controller ends with a signal that goes to the brain (processor) to trigger an action through the available body actuators  (hands,  legs, mouth, etc.) These actions maybe good or evil, depending on the controller and its logic.

Following the action, the sensors (eyes and ears) collect data about the output (response), and feed it back to the controller for additional revised (improved or worsened) control signals. For example,  to change mind about sth that was said or apologies about action, or take new action (walk away, say sth else, etc).

The controller is the most important part of a system because the logic in it defines the efficiency of the entire system.  If the person is educated (refined logic), the system (person) response will be more fine-tuned, more stable (less violent, no erratic response), and will reach his or her set target.

Controller logic means the different filters  (education,  faith, ethics, and other decision filters). In the frontal cortex, this is a complex highly non-linear algorithm.

In the first surah (chapter) of the Quran, it reads: “guide us to the straight path”, the straight path defined by God is a system target. How fast you can reach this target will depend on the controller algorithm  (again depends on education,  faith, ethics, etc.) A good efficient controller is one that takes you, fastest, in stable mode to the desired target.

Note also that the location of the brain controller is, by design, near the eyes, which is the primary sensor for efficient feedback and filtering.

The goal of this short article is to clarify what the job of the brain pre-frontal area (controller) is. The current conclusions following related academic research are attributing more to this controller than it actually does, it is only one part of the system; processing, actions, sensors have other complementary roles too.